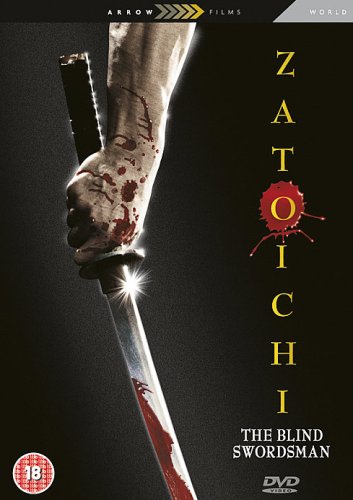 Further adventures of the much-loved blind masseuse cum sword Wielding killer of Japanese folklore - Zatoichi. Shintaro Katsu directs as well as stars in this 26th and final film of the visually-impaired yet otherwise sensually gifted sword master. By now graying at the temples yet still wandering the land we join Zatoichi imprisoned for a petty theft charge and after a monumental beating from his captors. Upon release he attempts to go it straight and settle down in a quiet village. However his reputation soon catches up with him and he becomes reluctantly embroiled in a bitter feud between two warring daimyo that are now dabbling in the firearms game - the point at which samurai sword skills start to become redundant. He''''''''s soon showering in spurts of claret and wading in a sea of severed limbs, proving that age is no handicap even for blind swordsmen.